7 Models Open Up About Discrimination and Tokenism | The Models | Vogue

Being the taken black girl is not new but it is even worse to hear we already have someone that looks like you. - Model Destiny Watson

Tyga never misses. Miami vibes and we so wish that we could go.

https://models.com/oftheminute/?p=133300 Add yours in the comments.

"While Floyd was indeed arrested for his involvement in a home robbery in 2007 (we conducted a detailed analysis of Floyd’s criminal record, including the robbery from 2007, in this article), no evidence suggests that Henriquez was pregnant, or that Floyd threatened to kill her baby. Henriquez was injured during the incident, though the police report says the injuries were inflicted by another man, not Floyd. But the above-displayed image does not illustrate the extent of her injuries because the picture isn’t of her."

Article for the above comment from sources (an outstanding professional photographer):
https://www.snopes.com/fact-check/is-this-really-aracely-henriquez/?fbclid=IwAR08nEoRKSWFF7ExV8uM8iyyGIlgv7M9ScGJujDvFEvYIMktpejGNnS_wlg
Need a mask? If you around many people you don't know, we suggest you wear one and this comes from direct sources in healthcare. souniqueent.com/store or sewing material: https://leeglendesnovelties.myshopify.com/collections/all

The Supremes "An excerpt by Donna Scott"

DO YOU KNOW WHO THE SUPREMES ARE?

This was a question asked to me by a white DU instructor in a class filled with white students. Me, who is over 40; Me, who lived in Detroit for 22 years, whose son went to the top black high school in Detroit, Cass Tech where Dianna Ross was a former student; me who routinely passed “Hitsville” after dropping my son off to high school; Me, who is buddy’s with the son of Dezie McCullers Senior, another original FUNK Brother, whose brother Jazz trumpeter and drummer Frank worked with Don Was; me, the girl with the big brother who was close, close friends with one of the greatest music industry arrangers, composers, the recently deceased Sir Dean Gant who has composed, arranged and played for GRAMMY winning or nominated, or chart topping artists (Anita Baker, Regina Belle, TLC, Bill Withers, Monica, even Madonna), you name it, he was in that thang). Me, who grew up in the south side of Chi-town. Yvette Griffin, Kimberley Williamson, Sheila McFarland, Tamika Wilson I was asked by a white music instructor “Do I Know who the Supremes are? My online resume shows I was the asst MD over the wildly popular hit stage musical “Where were you in ‘65?” (That featured the music of Mowtown) And pit orchestra (piano) on the hit play “Fo Women” at the Wortham. (Again more Motown music).

Me, whose elementary student Ariel Jones was the niece of Funk Brothers, drummer Uriel Jones. Me, who made sure ALL of my students in Mt. Clemens, black, white, Asian, Latina, non POC, view and discuss “Standing in the Shadows of Mowtown.”! Do I know who the Supremes are? Now I’m sure there’s some reasonable explanation, maybe since I dress so nice, maybe I’m too boogie for Mowtown. IDK? Again implicit bias on what you think I know, where I’m from, what I listen to or wear. Blacks code switch all the time. We’ve got to be bilingual. We speak the Queens English, and we can chop it up ebonically at the local barber shop. That question is like asking “can I touch your hair,” Or saying “you’re articulate for a black person, or you don’t act like the rest of “them.” It was stunning in its obtuseness. It was stunning how an instructor can think white people know more about my culture than I, cuz I don’t have what a grille on my teeth, sagging pants and whatever. Lina Ramos it might have had something to do with how our voice texture is viewed. I was stunned. This instructor really felt they understood black culture. Newsflash, you may study my culture, but I live it. All of it. Periodt (I meant to put that T at the end of the word. Yeah, I code switch all the time, speak the English, Ebonics, street, took Spanish for 6 years.) I know black don’t crack, I got carded forever, and perhaps some think they can out black the black folks, so if you learn our music you’re an expert, right. No you’re not.

Had that instructor taken one minute to try to know me, they would not ask me something so ridiculous. I bit my tongue and said... 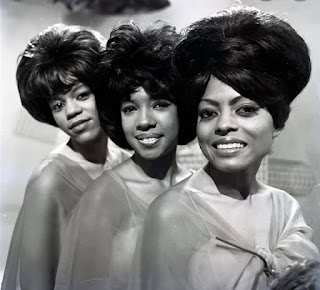 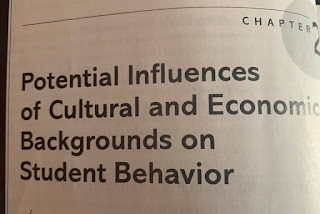 Ready to go out, but wait; you can't! Do you have to limit that experience? Why not dress up at home and it also helps your psyche to get ready as if it were a normal day or workday so that is something to focus on and get used to with the "new normal". We are in the midst of a transition and a clearing out of many things yet an unveiling to say the least. Lets check out some trends (mask fashion): 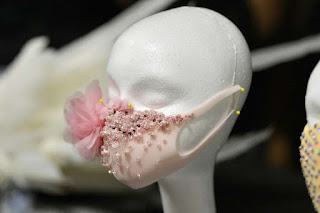 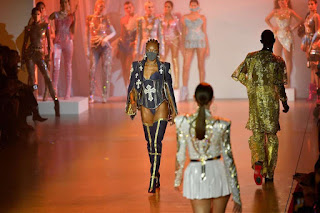 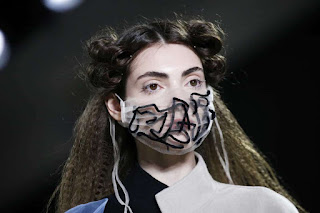 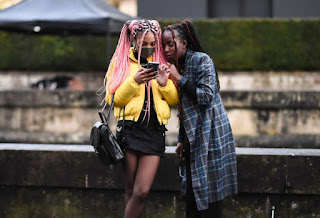 https://www.msn.com/en-us/lifestyle/lifestyle-buzz/face-masks-the-fashion-accessory-of-2020/ss-BB10MYuL#image=15 Benefits to dressing up: You will feel more productive even if right now you are feeling less motivated to get to work or find new ways to work from home and become comfortable. https://www.outfittrends.com/stay-at-home-outfits-during-coronavirus-lockdown/ Purchase yours here: https://leeglendesnovelties.myshopify.com/ or find more on Etsy: https://www.etsy.com/listing/798324372/reusablewashableteam-sports-masks-with

Thrifting or Designer? Why not both? 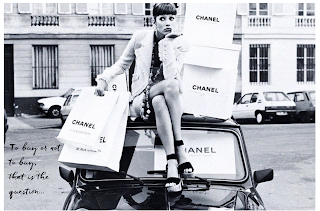 Are you into going thrifting? You can find some designer labels inside of consignment shops and thrift stores and certain locations around the world. If you need to save money over the holidays, a student in school, or simply someone needing to save, step outside the box sometimes.
Scale down some and remember this : Quality over Quantity Pulled via: https://girlwithcurves.com/6-shopping-lessons-i-learned-the-hard-way
Stocking up on affordable pieces can be tempting, but choosing quality over quantity always pays off. Saving up for a well-made pair of jeans that really fits you is something you’ll feel good about way longer than the initial shopper’s rush. Check them out!

Destiny Watson as seen on Sway in the Morning during SXSW 2018, featured on RudeGirlRadio V3 by RudegirlRadio and DigitalDope along with being on Time2Grind's Unsigned Vol4 mixtape hosted by Redman has her first EP released in 2017 available for streaming on Youtube. All music written and album art taken by Destiny Watson with a feature from friend Pastora. Producers: Nili Reyy (So Ridiculous Music Group), Pianoboy (Shaquille Brown), and AdotthaGod. Distribution via AWAL; publishing So Unique Entertainment LLC (her own label).